Last week, I penned a brief op-ed for FEE and Newsweek on two historically problematic approaches to the American Civil War that are common among libertarians. The article was a condensed version of a lecture I gave at the IEA in 2013 on the same subject.

The bulk of the commentary thus far on the FEE/Newsweek piece has concerned its primary focus, in which I harshly criticized an all-too-common tendency among libertarians to display a tone deaf affinity for the Confederate side of the war out of protest to the federal government. As I noted and reiterated many times in the piece, pro-Confederate libertarians make their case at the expense of their own classical liberal abolitionist legacy and in a way that negligently subordinates the central role of slavery in the Civil War to modern political grievances.

I also criticized a smaller subset of libertarians who turn far in the other direction and embrace an aggressively pro-war/pro-Union position that tends to overstate the ethical antislavery motives of its side while also neglecting high social costs and raw destructiveness of the war itself. Earlier today, Randal John Meyer of the Cato Institute penned a very strange retort to my FEE/Newsweek piece, making something of an argument for this secondary pro-Union position.

I say strange, because Meyer seems to have all but completely ignored the first half of my article in which I chastise the pro-Confederate position on antislavery grounds. He then proceeds to attack the second half, albeit under an equally strange misperception that prompts him to “rebut” several arguments that I never even made.

To frame his piece, Meyer draws not on history but legal abstractions by raising the distinctions between jus ad bellum (a justice in the cause of war) and jus in bello (the conduct of war). From this he carves out a position that seems to hold the Union’s cause to be just. From there he devises a lengthy argument about the injustice of the cause of the Confederacy (a claim that, it bears mention, I never argued in the first place and quite the contrary as per the first half of the article that Meyer seems to have missed).

It is not immediately evident what is gained by applying this post hoc parsing of jus ad bellum/jus in bello to events that were not historically parsed on such lines in the eyes of their own participants. Meyer somewhat hints that the North-South dispute becomes a wash when considered by in bello, or by conduct (although in his representation this consists primarily of answering the ethical failings of General Sherman with shouts of a Confederate tu quoque analogue). Yet this leaves us in a precarious ethical position. It is a time-tested principle of ethical judgment that the justice of cause is susceptible to an injustice in its means of execution. If Meyer accepts that much, then he has injured his own argument by endorsing a cause that he seems to concede to be severely tainted in conduct. If not, then he has left us in a world of means-based consequentialism, in which case the ahistorical legal parsing he starts from is really a moot consideration, or at most a sideshow wherein all questions of ethical conduct are subordinated to ad bellum pursuits to the point that they might not even warrant consideration.

Of course one might also justly note that the destructive historical procession of warfare tends to defy such neat and tidy jus ad bellum/jus in bello categorical parsings, in which case we’ve arrived back at my original point about this particular war.

Meyer still takes up the matter of conduct though, if only to score additional tu quoque points against a position that was never advocated and an argument that was never made. Here his familiarity with the historical subject falters on account of its superficiality. Consider this passage:

“Magness touches on the “suspension of civil liberties,” yet the only civil liberty he mentions in discussing the North is President Lincoln’s 1861 habeas corpus suspension. In any event, Congress ratified both this and a subsequent suspension in 1863, curing any constitutional defect. Any arguable jus in bello defect here is negligible. Moreover, the South denied the habeas corpus rights—and many other rights—of its millions of slaves for the entire war.”

Now I could easily say much more about the endangered state of civil liberties on both sides of the war (Richard Bensel has a very thorough examination in his book Yankee Leviathan, the gist of which shows that both belligerents were generally abysmal on this count). Owing to the op-ed format, I chose to focus upon the best known example, the wartime suspension of the writ of habeas corpus by Abraham Lincoln. Lincoln’s suspension of the writ is one of the more controversial legacies of the war, as well as an area that I believe him to have done genuine constitutional harm. Lincoln carried out this action unilaterally as the executive, even though the Constitution places the suspension power with Congress (a point that has been thoroughly affirmed by case law).

Meyer seems almost entirely unconcerned by this legacy of the war, noting that Congress ratified the suspension post hoc in 1863 and rendering the “defect” in this case to be “negligible.” What he does not discuss is that the writ remained in unconstitutional suspension for a period of almost two years (April 1861 to March 1863) before Congress acted, during which thousands of people were arrested and detained without access to the writ. The constitutional havoc of this two year interregnum is difficult to understate, and also persists to the present day where Lincoln’s “precedent” is still favorably enlisted as the preeminent justification for any number of unilateral executive actions in times of war.

Returning to the particulars of 1861-65 though, it becomes immediately clear that the damage was far from “negligible.” While some of these persons were Confederates and Confederate sympathizers (in which case we may still ask is it not a legal injustice to deny even accused “enemy” persons basic due process under the law?), there were also many others who were detained and persecuted under this power. These included political critics of the war in the North, elected officials who were deemed insufficiently supportive of military authority, pacifist clergymen living hundreds of miles away from the conflict, and even a sitting federal judge who had armed sentries placed at his doorstep to intimidate him after he ruled against the president in a habeas corpus case. Far less known but also surprisingly common, the Union military command used Lincoln’s suspension to forcibly enlist people into its own ranks in two areas: (1) several foreign citizens were impressed into the Union forces off of merchant vessels and then denied habeas recourse when their nation’s consular officers and diplomats protested, and (2) Lincoln’s suspension also denied relief to underage minors in the Union army – a recurring problem when children lied about their ages to sign up, as the legally prescribed recourse was for their parents to petition for a writ of habeas corpus that removed them from the ranks. Interestingly, abuses of this policy had absolutely nothing to do with the “security” concerns or “emergency” scenarios that are commonly enlisted in defense of the suspension. Rather, they allowed corrupt military commanders to fill out their troop quotas through morally inexcusable acts: seizing foreign nationals and holding 15 year old boys to military service. Untold hundreds, perhaps thousands, of examples of each may be found in the Union Provost Marshal records, District Court files, and diplomatic correspondence files of the State Department. 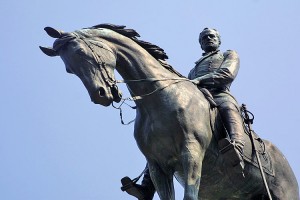 Perhaps the most unusual dimension of Meyer’s piece though is its own rationalization of the Union cause. While certainly making note of the injustices of slavery on the Confederate side, he does not probe the issue of the Union’s tepid and inconsistent attachment to the antislavery cause in the waging of the war. As I noted in my original article, there were indeed individual northerners who took the cause of abolition to the battlefield and they should be praised for doing so. The military leadership had a far more complicated relationship with slavery though, none of which appears in Meyer’s simple and dichotomous portrayal. For the government of the North, emancipation functioned as more of a means of advancing war objectives – a point they underwent great lengths to stress so as not to antagonize the slaveholding border states that remained in the Union. As a result, what shines through more clearly as Meyer’s ad bellum justification for his position is not the cause of waging a fight for abolition but actually the weakest case for the North on libertarian grounds, that of its political objective in subduing the Confederacy predicated solely on Meyer’s not-terribly-difficult cataloging of the Confederacy’s own injustices. We are therefore told that “Southerners attacked a northern fort, and several million people lived in bondage in the Southern states in violation of the few universal laws of nature” but nothing of how the northern war cause as engaged and advanced by the human actors who lived in 1861-65 specifically addressed, or derived “justice” from, either.

Perhaps this is with reason, as warring causes are often ugly material, wrought with destructive horror of the very same type that is subordinated to military victory in consequentialist cases that sidestep the ethics of conduct. Not surprisingly, this pressing ethical conundrum was all too real to the men and women who found themselves in the midst of the conflict. Consider the following letter from Col. Robert Gould Shaw, the famous officer of the 54th Massachusetts and subject of the film Glory, in reference to the war crimes he witnessed:

“The reasons he gave me for destroying Darien were, that the Southerners must be made to feel that this was a real war, and that they were to be swept away by the hand of God, like the Jews of old. In theory it may seem all right to some, but when it comes to being made the instrument of the Lord’s vengeance, I myself don’t like it. Then he says, “We are outlawed, and therefore not bound by the rules of regular warfare” but that makes it none the less revolting to wreak our vengeance on the innocent and defenceless.”

Such experiences were all too common on both sides of the war, and no less tragic when Confederate Gen. Nathan Bedford Forrest oversaw the massacre of hundreds of surrendering black soldiers during the conquest of Fort Pillow. “It is hoped that these facts will demonstrate to the Northern people that negro soldiers cannot cope with Southerners,” Forrest wrote in a particularly disgusting celebratory attachment of an organized slaughter to his own pursuit of a different war cause.

What Meyer on the pro-Union side, and others on the pro-Confederate side, seem to neglect though is that war crimes, the conduct component, cannot ever be completely dissociated from war causes. Indeed we see one of the Union’s stated war “causes” is also the very pretext for destruction in a telling letter from Union Gen. William T. Sherman from 1864 before he commenced the burning of Atlanta:

“We don’t want your negroes or your horses or your houses or your lands or anything you have, but we do want, and will have, a just obedience to the laws of the United States. That we will have, and if it involves the destruction of your improvements we cannot help it.”

In championing a side, one must consider the extent to which these assertions of conduct – be it Sherman or Forrest or another – are even separable from their respective military causes. Rather, they seem to be little more than the ugly extensions of the very same.