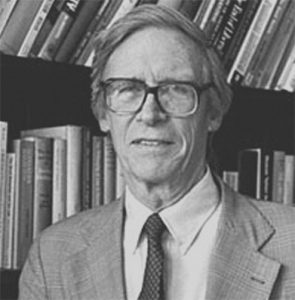 I’ve spent the past week at the Hoover Institution, researching the early origins of James M. Buchanan and Gordon Tullock’s 1962 book The Calculus of Consent. While working in the papers of W.H. Hutt, South African economist who spent 1966-67 as a visiting professor at Buchanan and Tullock’s research center at the University of Virginia, I came across a fascinating set of documents. They revealed an early 1960s exchange of correspondence and papers between Buchanan/Tullock and the political philosopher John Rawls.

The complex but overlapping relationship between Buchanan and Rawls is well known. Buchanan wrote of it at length in his later works. Rawls similarly referenced the Calculus in his own modern classic,  A Theory of Justice (1971). Rawls was, of course, a famously left-liberal thinker while Buchanan and Tullock are typically associated with the libertarian right.

The exchange in the Hutt papers is distinctive though for its early date. Rawls sent Buchanan and Tullock an early draft of his paper “Constitutional Liberty and the Concept of Justice,” along with comments acknowledging the overlap between the economists’ arguments and his own. The corresponding letter is undated, but textual clues indicate it was written between the date on the draft of Rawls’ paper (December 28, 1961) and its appearance in print as a chapter in Nomos VI, which came out in early 1963. This puts the letter in the immediate vicinity of the Calculus being published in 1962.

Rawls’ accompanying note contains a fascinating passage where he further develops the relationship between majority rule and justice, essentially concluding that there is none. Rather, majority rule is simply a mechanism to be evaluated by external criteria, and comparatively to other rules:

“In the second part of the Chapter on Liberty I discuss majority rule and adopt a view in many ways similar to yours, but not I think in all respects. In any case, I agree that majority-rule is just a rule to be adopted on rational grounds like any other, given experience with it etc. Majority rule as a principle of justice I agree is absurd. On my view the principles of justice put constraints on the constitution, & on all political majorities; and majority rule is rational only where it can be supposed that majorities will limit themselves by the principles of justice, and where reasonable differences of opinion may exist and where the disadvantages & injustices of other rules might be worse.”

How Hutt ended up with this letter is itself a mystery, but most likely relates to his own work on the Calculus by applying its principles to the problem of racial discrimination.

In any case, Rawls’ repudiation of a claimed inherent link between majoritarianism and justice makes for an interesting juxtaposition to other recent characterizations of Buchanan and Tullock’s work. Based on this evidence and those same characterizations, it would appear that John Rawls approved of the notion of putting “democracy in chains.”