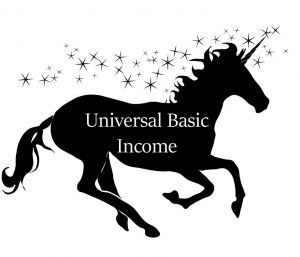 Kevin Vallier has an interesting post up over at the BHL blog in which he takes on the public choice critiques that I have made of the Universal Basic Income proposal that is popular among some would-be reformers of the welfare state. It’s a long post and worth a read, but I want to focus on one argument in particular. Kevin espouses a version of UBI on explicitly non-ideal grounds, that is to say it is not a destination policy but rather a transitional policy – that is to say “one that we should pass through in transitioning from our present institutions to ideal institutions.”

So far, I’m with him and would readily concede that UBI is likely an improvement over the status quo in a non-ideal political world…if you can get to it. But that’s the rub. A non-ideal political world also entails non-ideal implementation mechanisms, which is to say legislative and administrative channels that are also highly susceptible to corruption, interest group capture, regulatory incompetence, waste, and everything else we know and expect to encounter from government. Kevin acknowledges these challenges as well, but assesses them comparatively against the current welfare state:

“The important question is whether it would face worse problems than the present welfare-state that the UBI would replace (or some similar welfare-states to what we have now). And I see no reason to think it would fare any worse than the current welfare state, with its many, many problems. We should expect less waste, less rent-seeking, and so on, just as UBI advocates claim.”

I’d answer that such a comparison is only half of the picture though. On a side by side comparison, made between two mutually exclusive policy options, a plausible case can be made that UBI will be less susceptible to waste, rent-seeking, and so on than the current beast of a welfare state. Unfortunately our political system does not permit such clear demarcation lines between the two. In order for UBI’s advantages to become known in this comparison, we also need a pathway to get there – to implement UBI in a swap with the current welfare state. And as I noted, that pathway must also be laid out within a deeply non-ideal political world new where policies are highly susceptible to corruption and capture.

In other words, we’d have to make a large-scale policy swap between the current welfare state and UBI. And as I have noted previously, policy swaps of this type are exceedingly rare in history. At the scale envisioned by UBI’s supporters, they may not even exist. They might as well be unicorns.

I can accordingly think of one very likely scenario where UBI’s affliction with the problems of rent seeking, waste, corruption etc. is not simply worse but significantly worse than the current welfare state: the scenario in which UBI is adopted due to a promised “swap” for the existing welfare state, but the existing welfare state never goes away thereby saddling us with both programs. Now wait a minute, you might say – that’s not a part of what UBI is proposing! Indeed it isn’t, but remember – we are living in a non-ideal political world. The seamless execution of a political swap between the current welfare state and UBI is highly improbable in non-ideal conditions, so we must contemplate the adoption of our non-ideal policy in accordance with the most likely pathway to its implementation.

I’ll go ahead and predict right now what will likely happen if, say, Congress were to seriously consider implementing a UBI system:

1. A deal would be proposed to “swap” UBI with the existing welfare state as a necessary condition for getting enough skeptics on board. This deal would carry all the promises that we now hear from UBI supporters about how the new policy would be welfare-improving and more efficient than the hodgepodge of a system we currently have.

2. Once UBI is adopted, it will need to be phased in over several years if not decades in order to wean us off the old system and onto the new. This will involve a “phasing out” of all of the elements of the old welfare state over many years, likely on a schedule prescribed by law.

3. When the first phase-out deadlines arrive for the old welfare state, interest groups that are highly invested in those programs will begin to realize the imminent loss of their captured and concentrated program-specific rents, even though all people also now have UBI. A number of them will move to preserve the rents of the old system by pressuring Congress to carve out an exemption to the previously agreed upon schedule.

4. Pressure to abandon the agreed-upon schedule will be immense, and will point to perceived deficiencies in the newly-adopted UBI system as a reason to “preserve” part if not all of the old welfare state on top of the UBI benefit. You can expect to see news features and TV commercials that illustrate the sob stories of children or other dependents who still need food/clothing/medical attention despite having UBI. This includes a very likely number of cases where incompetent parents or guardians misappropriated their UBI payments on wasteful or frivolous self-indulgence, leaving their dependents little better off than they were previously. The paternalistic instincts of the welfare state will come out in full force.

5. Amidst these and other pressures, Congress will cave, because the concentrated benefits of that rent will have an advantage over the diffuse costs of the program. We also have extensive evidence that Congress will cave because that is what Congress usually does in this very similar scenarios where a previously agreed-upon expenditure-limiting schedule runs into political demands in the present for continued appropriations.

6. Instead of getting the promised swap, we will be saddled with both an extremely expensive new UBI program and substantial preserved elements of the old welfare state.

I say this scenario is likely because the existing welfare state is the product of many decades of rent extraction, as well as a number of deeply entrenched and relatively stable stakeholder interests that sustain it and make the execution of substantial changes to it very, very difficult (just look at Social Security for a long track record of would-be political “reformers” slamming head first into this wall). Vested interests with substantial existing rent extractions do not simply dissipate, unless the rent itself also dissipates to the point that it is no longer worth the political investment to maintain it (and that scenario is highly unlikely with a direct payout system, as welfare is). Nor do interest groups easily “swap” to something else, such as a parallel “alternative” policy like UBI. Doing so is something akin to scrapping one’s lucrative and existing political investments – including investments that keep out other competitive seekers of the same rents – and starting again from scratch under a new rent allocation regime that is, comparatively, open to new competitive entrants seeking to capture some of its fruit.