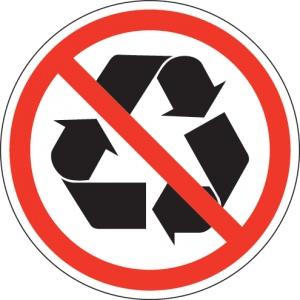 Persons who peddle what they incorrectly label as “free market” arguments for climate change intervention almost invariably justify their prescription upon the claim that global warming causes “harm.” If such “harm” exists, then it follows that some sort of remediation (e.g. regulation, or the oft-favored carbon tax) is a legitimate corrective to the “harm” committed upon a person or his/her property. One recent paper to endorse this view states it this way:

“Perhaps the strongest argument for unilateral action—even in lieu of a global commitment—is that ethical considerations demand it. Simply put, one should not harm others, one should not damage the property of others, and one should leave enough for others when taking from common resources.”

Now one might legitimately accept that such “harm” does indeed occur, and yet still abstain from the corrective prescription if it may also be shown that such a corrective creates greater harm than the original offense. Ronald Coase articulated this important caveat in a commentary on the use and misuse of the theorem that bears his name:

“It is easy to show that the mere existence of “externalities” does not, in itself, provide any reason for governmental intervention. Indeed, the fact that there are transaction costs and that they are large implies that many effects of people’s actions will not be covered by market transactions. Consequently, “externalities” will be ubiquitous. The fact that governmental intervention also has its costs makes it very likely that most “externalities” should be allowed to continue if the value of production is to be maximized. This conclusion is strengthened if we assume that the government is not like Pigou’s ideal but is more like his normal public authority–ignorant, subject to pressure, and corrupt.”

It does not follow from the mere existence of an externality that a corrective action is either desirable or effective means of addressing that externality. Harm alone is quite plainly insufficient to justify policy action.

Still, let’s take the “free market” climate change activists’ claim at face value, and assume that “harm alleviation” at least makes climate change countermeasures worthy of investigation. One of the stranger features of the “climate change” genre is that it automatically takes the “harm” as a given, and indeed something that is already under way.

To that assumption, I’d pose the question: If climate change is harmful, then exactly who is being harmed by it? What is the nature of that claimed harm and what is the incurred damage? A robust theory of “harm alleviation” in climate change should be able to provide at least a few particular and tangible examples that answer this question.

“Ah ha!,” some might say at this moment of the dialogue, pointing to any number of ills that are routinely projected or attributed to climate change. We’re told of rising sea levels that will supposedly wipe entire cities off the map (though, curiously, tangible examples of this phenomenon are practically nonexistent except where attached to a much more pronounced factor such as coastal erosion or land subsidence that far outpaces the effects of sea level rise).

We’re also told that “climate change” is responsible for a litany of extreme weather events, for hurricanes, tornadoes, floods, droughts, wildfires, and even occasional far-fetched theories linking it to tsunamis and earthquakes. Strangely, persons who espouse such dubious causal links between particularized weather events and global warming are often the first to discount and ridicule a subdued form of similar antics on the other side wherein an abnormally cold day or a snow storm is cited as counter-evidence for global warming.

There are also a number of predictive studies that assert all manner of risk, doom, and gloom from climate change, yet a number of recent scientific studies have found that these so-called “worst case” models overstate a significantly more moderate warming trend. I’d add that models predicting harm are a far cry from realized harm, even if one generously grants the possibility that the prediction will come true.

And yes there are studies that attribute all forms of far-fetched idiocy to “climate change.”

Note that in making these observations I have no reason to assume that climate change is anything other than real, the primary remaining question being just how rapidly it is occurring. On prescriptive policy though, the course to be taken is far less certain.

If “harm” is occurring from global warming, I’ll readily admit that it might provide a basis for corrective policies, assuming such policies could be enacted without inflicting greater harm (and I am indeed skeptical that they could be). Yet even the “harm” of climate change is far more frequently assumed than demonstrated.  To minimally qualify, such a demonstration of harm would also need to be robust – not just theorized future “harm” from an over-hyped and highly uncertain predictive model, and not just anecdotal post hoc attributions of “harm” to particularized extreme weather events. Robust demonstrations of harm from global warming would need to show physical, tangible, calculable, and realized damages to specific persons or property that derive directly and primarily from climate change, rather than other and more localized sources. The question that follows from this observation is a simple one and yet also lightly addressed in the climate activist realm: If climate change is indeed the “harm” that our political discourse often assumes it to be, then where are all its tangible “victims”?