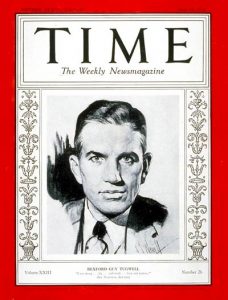 Suppose a second Great Depression happened, and the evidence of its harm was overwhelming. Unemployment shot up to 24% and GDP dropped by almost 30%. By every sense of the imagination, the economic collapse was catastrophic. Now suppose you are confronted with the following argument:

“People are suffering, so we simply have to do something. Therefore we need to enact a second New Deal modeled directly after the first one. Time is of the essence so we must do it now. If you oppose it, you are simply engaging in obstruction and denying the economic reality of the disaster we face.”

If you possess an even mild amount of skepticism for New Dealer macroeconomics and central planning, I suspect you would find this line of argument to be objectionable. For starters, it is a complete non-sequitur to assert that a specific policy necessarily follows from the reality of an economic collapse, or the existance of suffering. Strong evidence also suggests the proposed solution didn’t work the first time, and will actually make conditions worse by extending the misery of the initial catastrophe. But the person making this argument also insults your intelligence by suggesting that your reasonable and factually grounded skepticism to a suite of empirically disastrous policies is rooted in some form of dogmatic knuckle-dragging denialism. Or callous apathy toward suffering.

Suppose then that your interlocutor realizes he’s not convincing you, so he adds a new line of argument:

“I know a second New Deal is not perfect, but things are really bad and we still have to do something. The catastrophe we’re facing is undeniable. The solution I’m proposing is still a lot better than Marxism, so you should accept it as an improvement over the alternative in a non-ideal situation.”

You might credit him for dropping the assumption of ill-will that characterized his first line of attack, but I suspect you would still find his argument lacking. He has added a false dilemma to the initial non-sequitur, which still erroneously assumes that the existence of the Depression is its own reason for doing something. And he still hasn’t answered your initial objection, which is that he’s pushing a deeply flawed and dangerous policy that carries a high likelihood of doing a great amount of harm.

So tell me: why do some very sensible people who immediately see the obvious faults in the argument for a second New Deal accept and even deploy these exact same lines of reasoning when the ‘crisis’ is not a second Great Depression but rather climate change? Or when the ‘solution’ is a Pigouvian carbon tax?