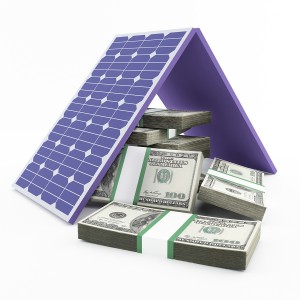 Suppose you produce research that promotes global warming alarmism, and a regulatory tax scheme aimed at curtailing carbon emissions. Also suppose that your study is financed by somebody who has a large fortune in solar panels, wind, and other alternative energy companies that compete with fossil fuels, which will rake in billions when the taxes and regulations you are advocating drive up coal and oil prices. Is it fair to say that your research is tainted?

What if your donors are Wall Street investors who intentionally short-sell fossil fuel companies out of the anticipation that future environmental regulations – as in the very same regulations you are advocating – will harm the profitability and even solvency of those firms? Is it fair to say that your research is tainted?

I ask because the climate activist movement frequently dismisses research that criticizes global warming alarmism on the grounds that it is “tainted” – that it is funded by the Koch Brothers, by Exxon, or some other “nefarious” entity with connection to oil and gas. And yet many of the environmental movement’s very own “research” houses are guilty of far more direct and damning conflicts of interest, including the two very real scenarios I described above.