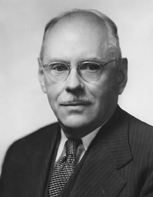 One of the more fascinating pieces of evidence I examine in my article (with Art Carden and Vincent Geloso) on James M. Buchanan and the school desegregation crisis is an October 1957 letter that Buchanan sent to his old mentor Frank H. Knight. At the time of this letter, Knight was preparing to spend the Spring 1958 semester as a visiting scholar at the University of Virginia’s Thomas Jefferson Center, which Buchanan directed.

At the time of his visit, much of Knight’s attention was focused upon developing a theory for what he saw as the proper role of scholarly guidance on questions of public policy. As a thinker he eschewed political activism, believing it to be an improper and unproductive direction for scholarly attention. Yet he also saw a role for scholars in fostering an ethic of rational, informed, and dispassionate discussion. Knight’s concept of “government by discussion” sought to offer a theory of collective decision-making that could be reconciled to the liberal principle of free and open intellectual exchange. Doing so required grappling with the problem of individual prejudice, which he correctly saw as destructive to the very same exchange. Thus the heart of Knight’s project entailed an exploration of ways in which intelligent assessment and judgment could be used to elevate discussion above its baser tendencies.

At some point prior to his visit, Knight began sketching out a series of lectures on “Intelligence and Democratic Action” that applied his framework to a range of contemporary issues. Racial segregation was among them, and Knight intended to tackle both its harmful effects upon the public discourse and its fostering of unjust and discriminatory behavior.

The political situation in Virginia presented a complication for Knight’s chosen topic, as the state’s governing class had recently mobilized behind Harry Flood Byrd, Sr.’s call for “Massive Resistance” to Brown v. Board of Education. The Byrd machine’s Massive Resistance laws entailed a series of legislatively enacted triggers that would force the state-mandated closing of public schools facing integration – a scenario that became reality in the fall of 1958. With this threat already on the horizon in 1957, a concerned Knight asked Buchanan if his planned lecture in favor of integration would encounter resistance of its own at the University of Virginia.

Buchanan responded on October 24, 1957 in a short letter intended to alleviate Knight’s trepidation. Noting that the UVA faculty exhibited a full range of opinion from the segregationist Citizens Council organization to the NAACP, Buchanan assured his mentor that “there should be no cause for concern about freedom of expression on the whole problem.” Knight proceeded with his lecture as planned in the spring of 1958, using the occasion to strongly condemn segregation:

“Equality before the law means that there is equal opportunity for everyone to find or make his own place in society. This ideal was dishonored in the breach rather than honored in the observance for some time into the age of liberalism, notably by this country in the matter of racial discrimination. We were from a generation to a century behind the main civilized world in getting rid of slavery nominally based on race, but actually a caste distinction, and then had to do it by one of the most terrible wars in history. We still do not allow equal legal treatment, but discriminate on the fictitious ground of any supposed trace of alien racial blood.”

The Buchanan-Knight exchange of 1957 is interesting for another reason though as it provides a glimpse into Buchanan’s own grappling with the problem of Massive Resistance. Buchanan’s known statements on the subject of segregation, stretching from the late 1940s to the 1980s, consistently express his own opposition to the institution. In accordance with his constitutional philosophy though, he was deeply concerned about the implications of the political process through which the end of this institution could be achieved.

Buchanan indicated as much in the letter to Knight, reflecting on the then-recent Little Rock school crisis of September 1957. Wary of the implications of this event for federalism, he expressed a concern that “advisers to Eisenhower could have thought that his dispatching of troops to Little Rock would be helpful.” This brief passage mirrored comments that Buchanan would make about Little Rock few weeks later, expressing a constitutional concern “that considerations of presumed national interest will outweigh considerations of decentralization in any decisive action of the current national administration.” An open collision between officials at two distinct levels of the federalist system of government, he warned, had the potential to inflame rather than ameliorate the problem they sought to address.

Nancy MacLean cites this passage from Buchanan’s letter, stripped of the context of its narrow constitutional concerns, to suggest his intellectual kinship with James J. Kilpatrick, one of the most rabidly segregationist journalists in the entire south. MacLean’s asserted links to Kilpatrick are specious nonsense, and likely the result of her misinterpreting a typographical error in another secondary source that she consulted. Equally telling though is that she inserted this speculative Kilpatrick connection by deleting another reporter that Buchanan actually specified in the letter. In the very next line of the letter to Knight, Buchanan writes “Arthur Krock of the [New York] Times has been good on all this.”

The passage is a fascinating and under-explored clue, as it associates Buchanan not with the segregationist partisans of the Richmond News-Leader but with the mainstream political analysis of the country’s paper of record. While the passage is too short on detail to pinpoint which article by Krock (the Times’ Washington bureau chief) that Buchanan had in mind, much can be gleaned from his coverage of the Little Rock crisis and its aftermath.

Krock, it turns out, approached Little Rock from a position of caution in the political center, not the segregationist extremes of Kilpatrick as MacLean would have her readers believe. Krock summarized the issue in his column on September 15 as a case of southern Democratic intransigence on segregation, exacerbated by Gov. Orval Faubus’ confrontational stance and Eisenhower’s equally forceful response. As he wrote:

“The revived resistance in the South to judicial orders against the various forms of Negro segregation by local law has again brought into national political prominence the deepest and most fundamental split in the Democratic party. It is what the Old Man of the Sea was to Sindbad the Sailor on the Fifth Voyage – an unbearable encumbrance.

Sindbad eventually was able to rid himself of his burden, and Democratic leaders hoped that with the passage of the moderate Civil Rights Act of 1957 they had at least eased theirs. But the action of Governor Faubus of Arkansas, who employed the National Guard to prevent the integration of a high school that a Federal court had ordered without further delay, and the violent outbreaks in Tennessee and Alabama when school integration was accomplished or attempted, demonstrated painfully to the Democratic party that still on its back is its particular Old Man of the Sea.”

The column concludes with an appeal to “Moderate statesmanship in the Federal Government, and in the states” to effect a solution to school segregation, while warning that the alternative implied a political disaster for the Democrats in which its segregationist southern wing might bolt from the 1960 nominating convention (much as they did with the Dixiecrat movement of 1948).

Krock’s related articles explored similar themes, including a September 29th column that analyzed the political repercussions of Little Rock for other southern states now that military deployment was on the table:

“The Democrats are deeply divided over almost every phase of the racial issue, and events in the next two years may widen and further embitter this division. The Republicans can point to the facts that a Republican President was the first since Reconstruction successfully to urge civil rights legislation, and the President who countered negative force by a Democratic Governor with Federal positive force to effect public school integration. The Democrats can reply that the bill was passed by a Democratic Congress, and both factions, though with different reactions, can assail the use of ‘Federal troops’ and ‘bayonets.'”

If Buchanan had any specific column by Krock in mind beyond his general reporting, a likely candidate appears in his report from September 17, which related the Little Rock episode to Massive Resistance in Virginia. Here Krock expressed misgivings that Arkansas may be “only a mild beginning of what may come in other states that were members of the Confederacy.” Citing the Virginia laws that aimed to answer integration with school closures, he warned of another impending “calamitous showdown of state resistance – through procedures Faubus has abjured – to school integration by the Federal judicial power.”

“[T]he Virginia law provides that the Governor shall close [the integrated] school. Governor Stanley has told friends he will go to jail rather than disobey this command of state law. And if the controversy reaches this stage, not only will integration be sharply set back in Virginia and other states, but there is no visible legal means wherewith the Legislature can be compelled by the Federal power to appropriate school funds.”

Krock presented this outcome as a worst-case scenario, inflamed by segregationist intransigence of state officials who would risk being taken into custody by a federal marshal and “carrying the seeds of disaster to the general welfare.”

Note that while the Times reporter’s argument pleaded moderation in the actions of both parties, his tone also strongly condemned the Massive Resisters – a point he reiterated a few weeks later on October 8 when he welcomed signs of a tiny but crucial “crack in Virginia’s stone wall” against integration. That week, a breakaway group of former Byrd loyalists in the Old Dominion had hinted their acquiescence to the inevitability of Brown, and subtly shifted their efforts to slowing the pace of its enforcement rather than provoking the constitutional confrontation desired by Byrd and Stanley. The crack, portended in the statements of gubernatorial candidate J. Lindsay Almond, was only slight at the time. Krock’s analysis nonetheless correctly anticipated the break in the Byrd machine that actually occurred on Almond’s watch in early 1959 with the abandonment of the Massive Resistance laws in the face of court orders striking them down.

Whether Buchanan had these specific comments in mind when commending Krock’s reporting to Knight is necessarily speculative, but the preponderance of evidence suggests the likelihood. Krock and Buchanan appear to have shared a belief that forcing a state-federal collision was politically and constitutionally destructive, yet both also faulted the Massive Resisters for sowing the seeds of this collision.

In another letter written to Broadus Mitchell in 1960 (also cited by MacLean, but with similarly misleading contextualization), Buchanan credited UVA president Colgate Darden for breaking with Byrd, his former political mentor, and publicly denouncing the school closure laws during the 1959 school crisis. In Buchanan’s telling, this “stand against the more reactionary elements of the state” – a clear and disparaging reference to the Massive Resisters – represented a “proper role in influencing public opinion in a responsible and reasonable manner.” Furthermore in Buchanan’s telling, this stance against the reactionaries represented a form of political intervention “of which I know Frank Knight would approve.”

The timing of Buchanan’s comments is telling, as a few months prior he had just edited and published Knight’s lectures from 1958, including his call for integration that is excerpted above, as a standalone book. The title of that book not only captured Knight’s theory of democratic governance. It also shared a turn of phrase from the closing paragraph of Buchanan and G. Warren Nutter’s own 1959 article on school vouchers that has been at the center of the MacLean controversy for the past year. He titled it “Intelligence and Democratic Action.”