Policy swaps seem to be all the rage these days among some self-described libertarians. The premise is simple: recognizing that political libertarianism isn’t exactly thriving at the moment, they propose a policy “swap” in which they signal a willingness to forego a hardline libertarian position in some issue areas in exchange for promised gains in other areas. 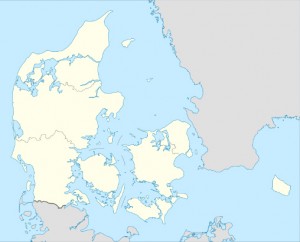 One of the most prominent proposed “swaps” argues that libertarians should drop their traditional opposition to the social safety net, government-funded healthcare, and other basic components of the welfare state in exchange for advances on free trade, economic deregulation, the elimination of bureaucracy, and other reforms that would effectively free up the economy. Such a move promises to “advance” liberty along the lines of a Denmark-style European social democracy, where comparatively freer trade and less economic regulation is paired with a more robust welfare safety net and public healthcare system. Another common variant of this strategy offers a swap in a specific policy area, such as the much-touted proposal to implement a carbon tax in exchange for deregulating the products of the EPA bureaucracy.

My skepticism of this approach is well known, and I specifically critiqued the feasibility of the Denmark swap here. Bryan Caplan also has a nice assessment and criticism of the proposed welfare state swap at EconLog. But rather than rehash those arguments, I’d like to pose a simple challenge to libertarian proponents of the “policy swap” strategy:

Are you able to identify a historical example in which a large-scale policy “swap” of the type you now propose was successfully executed as intended, and in a way that you believe to have advanced liberty?

To qualify, your suggestion needs to be an actual swap between undesirable and desirable policies, and not simply a logrolled pairing of a liberty-advancing proposition with other minor expenditures of a largely ambivalent nature. I’m therefore specifically looking for an example in which a concession was made in an anti-libertarian direction on one issue in order to gain something for liberty on another issue of comparable scope.

Note that I’m not precluding the historical existence of such examples (and I even have a few suggestions of my own that I’ll withhold for the moment), but I’m honestly curious as to what you consider a relevant precedent for the strategy that you espouse, and what it says about the likelihood of success in any of the parallel policy swap that you advocate in the present day.

I’ll also add a modest Stiglerian explanation to my purpose in presenting this challenge. If a policy swap concession is a sound strategic option for advancing liberty, as has been claimed, and if libertarian ideological “purism” is the only thing standing in its way, then surely you can point with ease to numerous historical examples in which a tradeoff of the type you now propose has been successfully executed – and not just small marginal examples either, but large sweeping ones that match the scale of the same things you seek to trade. And if this simple task lacks unambiguous examples that you can point to from history, then I’ll venture a suggestion that the challenge posed here might be a sign that the “policy swap” strategy isn’t exactly performing all that well in the political marketplace despite many promises otherwise.

Also note: answers to the challenge above may be shared in the medium of your choosing. (I prefer public exchanges, but will also – with permission – share any suggestions that are sent to me via email and are of sufficient interest to warrant further discussion).