Abraham Lincoln’s interest in the policy of colonization likely dates at least to the mid 1840s when he picked it up from his political hero Henry Clay. He also delivered at least two speeches to the state colonization society in Illinois and was elected one of its managers in 1857. It might therefore come as some surprise that very little evidence has ever emerged formally connecting Lincoln to the better known national face of the antebellum colonization movement: the American Colonization Society.

It turns out that Lincoln was indeed a member of the ACS, as shown by his appearance on their subscriber list in 1856. 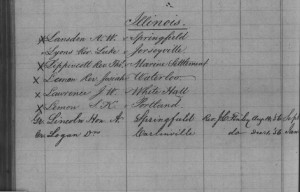 Sure enough, he actually joined the organization on August 14 of that year when an ACS recruiter named James C. Finley visited Springfield. Finley in turn collected a membership fee from Lincoln and forwarded his name to the organization’s longtime secretary, Ralph R. Gurley. Finley’s letter to Gurley appears below, including the list of new members and Lincoln’s name (fifth line from the bottom). 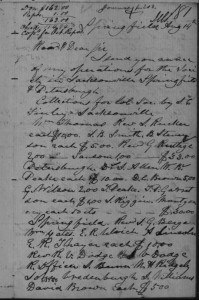